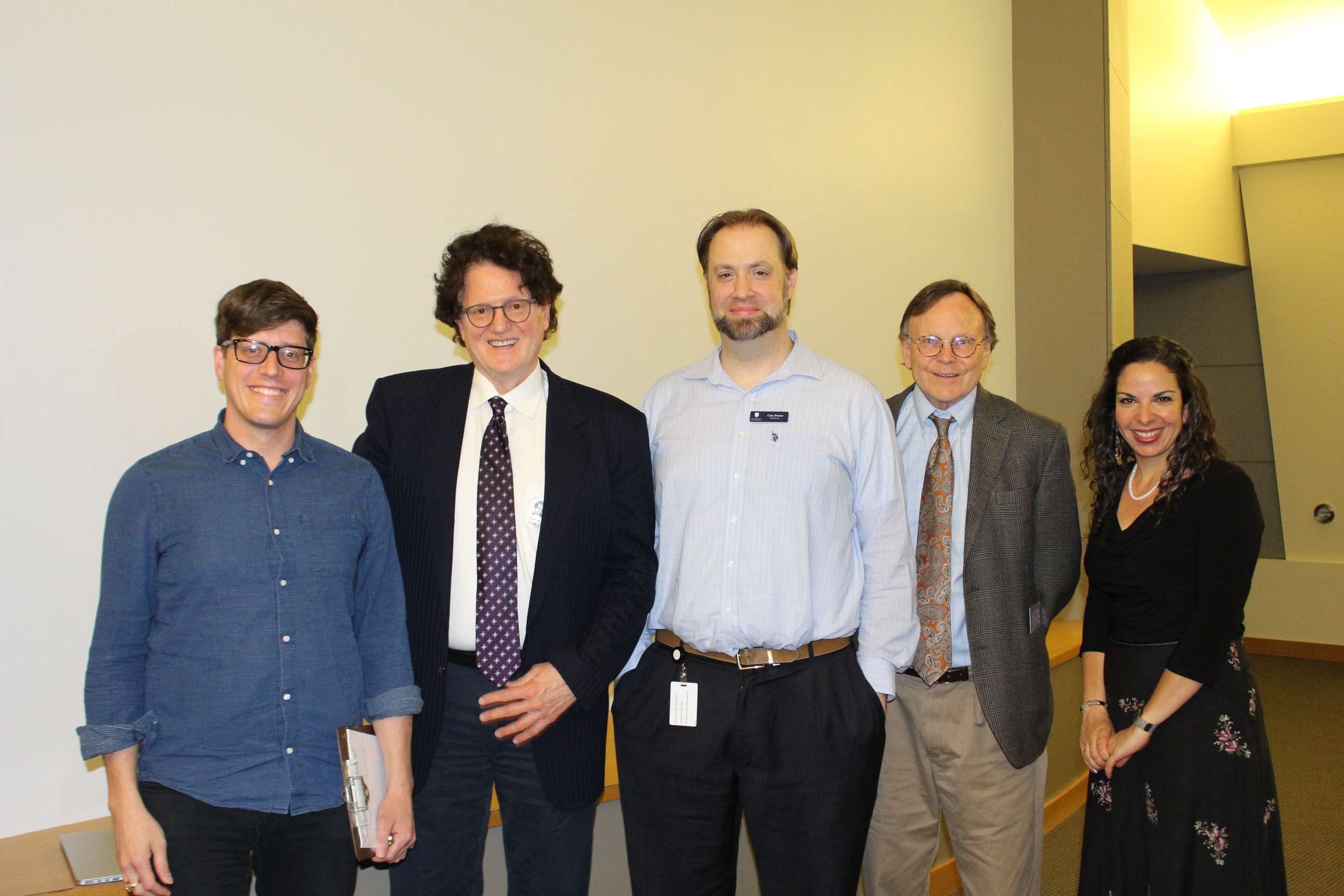 Yesterday, Film, English, and History classes welcomed Mr. Marc Lapadula to campus for a series of lectures on film. Students attended "How To Watch Movies Like A Film Professor and Films That Changed America" and "Short Stories/Storytelling." Marc is a playwright, screenwriter and senior lecturer in Film Studies at Yale University, where he leads the screenwriting program.

During his talks, Mr. Lapadula discussed films like The Godfather and directors like Alfred Hitchcock and Francis Ford Coppola, citing these as examples of "top shelf" films. Students viewed and analyzed film clips from several films, including the work of our own Film teacher Bobby Weiss. Mr. Lapadula urged students to think about what makes a top-shelf film and the film angles, directing, and cinematography that go into them.

Thank you to all who were involved in bringing Mr. Lapadula to speak and share with our students!