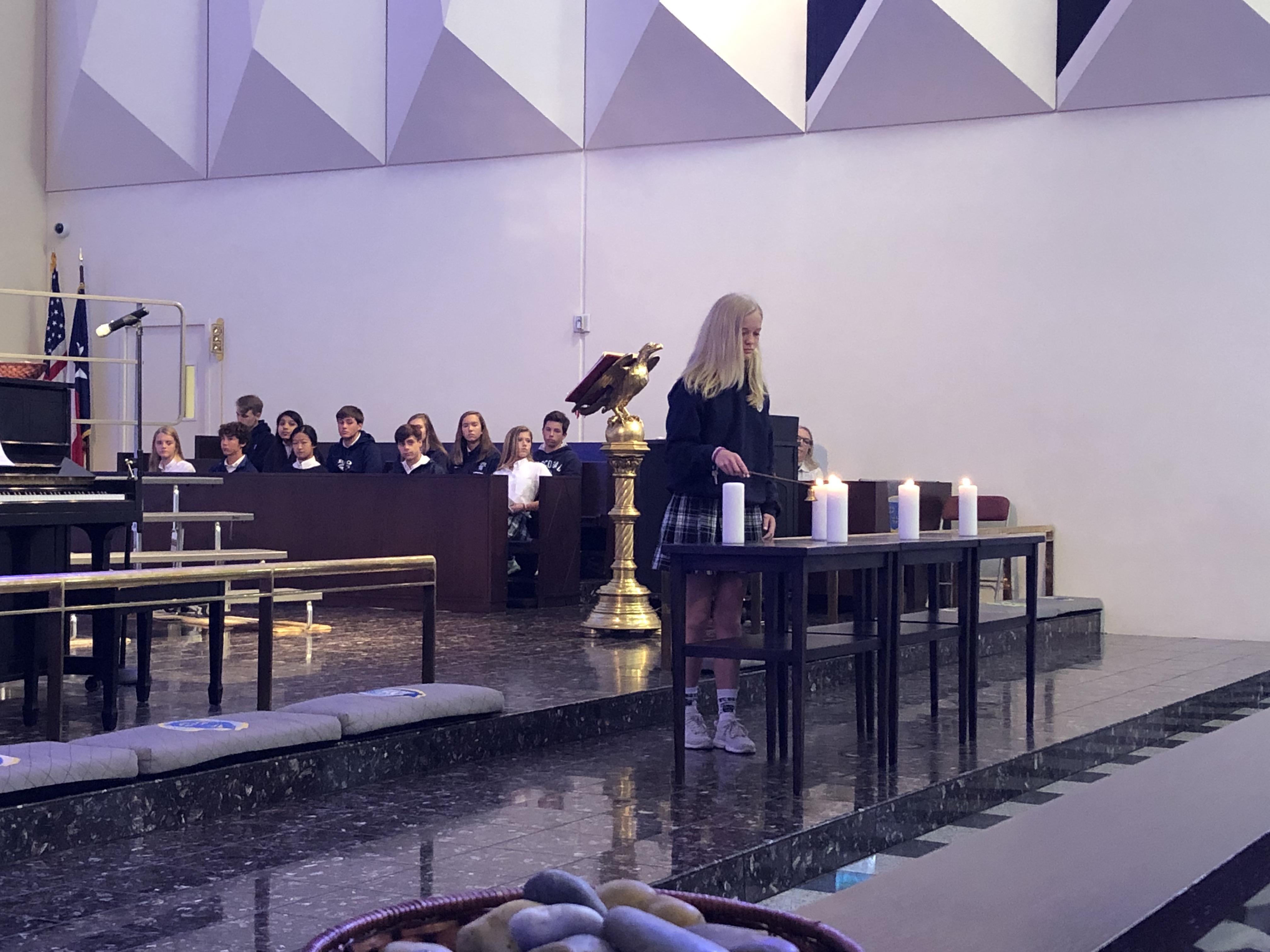 In honor of Yom HaShoah, which translates from the Hebrew language as “day of remembrance,” eighth-graders led a special service to remember the Holocaust. The Yom HaShoah service is a tradition eighth graders have led at ESD for more than 17 years. Students volunteer to be a part of the service, reading blackout poems they wrote as part of their study of the event, singing special music, and lighting six candles in honor of the six million lives lost.

After studying about the Holocaust in history classes, students worked on a WebQuest research assignment, which asks them to distinguish the Upstanders of the Holocaust from the bystanders and perpetrators, emphasizing the necessity to "stand up" against those promoting a faulty code. Students then chose an Upstander that they have been researching. The culmination of this research will be a paper over their Upstander.

Students also read the Holocaust memoir Night by survivor Elie Wiesel in English classes. They learned that "language became an obstacle" for Mr. Wiesel since normal terms like "transport" and "chimney" took on new meanings, so the students studied the memoir through the lens of word choice. Some English classes then researched modern social injustices, noting how similar injustices continue even today and focusing on how to be a modern-day upstander. All English classes used either the speech or their research article (or a previous text from this year) to create a "blackout poem," wherein they chose meaningful words that create a new poem, blacking out those words they didn't use. 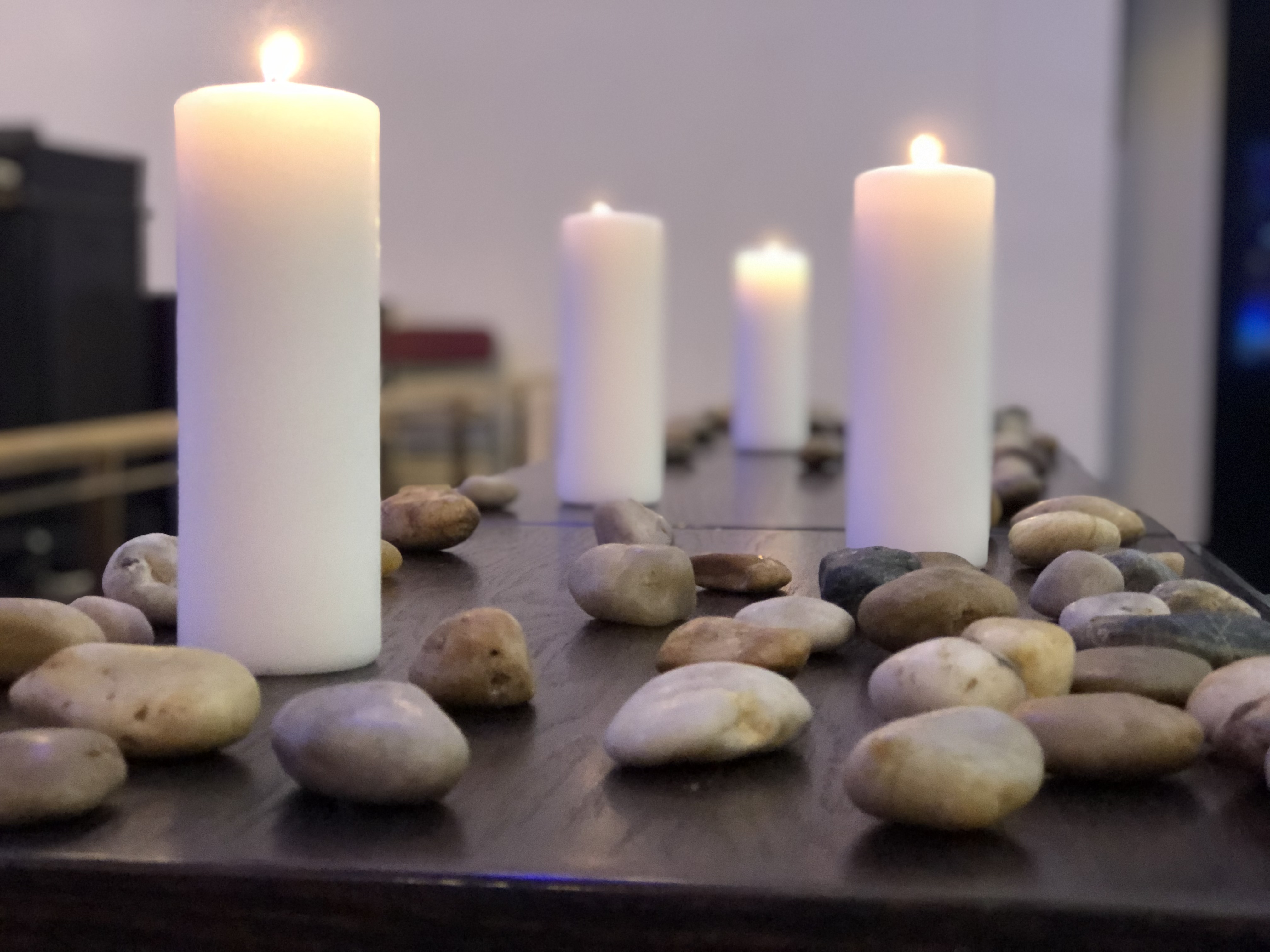 The service began and ended with moments of silence. Before leaving, eighth graders placed stones on the table. Unlike flowers which eventually die, the Jewish traditionally honor the dead through stones, which symbolize the permanence of memory and legacy. "[The service] was very moving — especially each stone clinking against the table. You could hear eternal life in that repeated sound. I’ve never experienced anything like that,” one parent said.

This day is set aside for people of all faith traditions to remember the events of the Holocaust so we never forget.