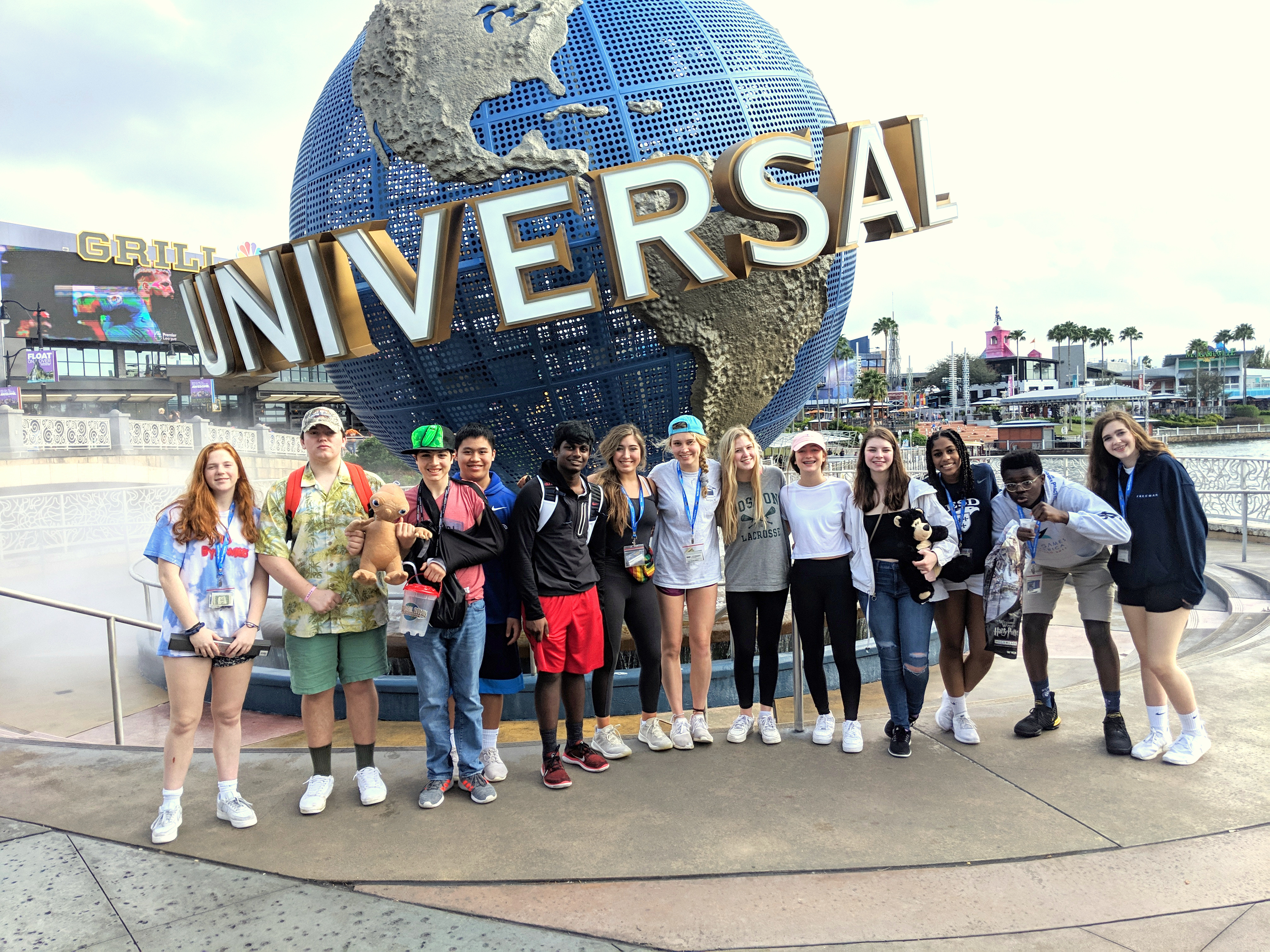 From Cary Porter, Director of Bands

Over the past month, the students in the 7th Grade and US Bands and US Strings have been very busy and quite successful at every turn. There has been a big shift in the direction of the band program in particular this year and the results are speaking for themselves. The students' results are a culmination of many years, months, days, and hours of hard work. There are even more exciting times ahead with more competitions and performance opportunities as the size and the quality of the band program continues to grow.

US Band and US String students attended the Universal Studios Sound Design Workshop where they learned to the art of foley and producing a film soundtrack (which they performed), sound effects and voice-overs. The soundtrack and all the sounds you hear were produced by the students.

Vishal Sridhar '22 was once again selected to be part of the honor band, with members being selected out of hundreds of students auditionees from Independent Schools all over North and Central Texas. These students spent Friday evening and all day Saturday learning brand new music to be performed on Saturday afternoon. These students are some of the very best in the state, and to pull together a concert so quickly is nothing less than amazing.

Independent school students from all over North and Central Texas participated in the most important music event of the year. Performing solos one-on-one for judges and receiving ranking and comments based on their performances. This year the band took 11 students. 9 students received the highest, "Superior," rating possible, and two students received an "Excellent" rating which is the second highest rating.

One exceedingly proud stat is the ALL 7th Grade Band Students, even those who have been in the band only one quarter, received the highest "Superior" ratings for their performances.

Among the 11 students who competed, 2 US Band students, Vishal Sridhar and Sofia Sabella '22, received a "Superior" rating on solos deemed to be of the highest challenge. Their accomplishments have garnered them an invitation to the Statewide Solo Contest in May where they will be competing among the best of the best Independent School music students from all across Texas.

Please join me in congratulating these band students on amazing jobs well done and we look forward to presenting a truly very special final concert on April 17.